Why we need to provide opportunities for Young Women In Technology

30%…That was the average percentage of females employed by the world’s biggest technology companies in 2014.

Drill down to the technical roles and the number is more like 10-15%. And despite significant effort and investment in the area, the technology industry remains largely dominated by men.

So why is it so hard to attract talented female workers into the industry?

The problem occurs much earlier in the development of our future workforce. Young women just aren’t getting excited about technology, resulting in a huge gender inequality at the tertiary level, with females making up as little as 16% of Information Technology students in undergraduate programs in Australia.

Well before they hit university, technology programs are already dominated by males. I look at our own Year 12 cohort this year and less than 20% of the students studying technology related subjects were female. Only one of those students was studying a computer technology subject. It’s the modern day boys club.

It stems back to the early emergence of technology. These devices were seen as another piece of machinery. Before the advent of electronics, the original computers were mechanical devices, built using vacuum tubes. They weren’t that different to the machinery of the day and therefore were squarely in the male domain at the time.

This continued through the early era of electronics, with electronic devices developed for, and marketed primarily to men. As technology evolved, this direction resulted in the industry being dominated by the consumer of their products…men.

Even with the explosion in personal electronics in the last 15 years, it’s only in recent times that companies have started to design and market technology products specifically to women. But even this wasn’t enough to shift the gender bias that was entrenched in the industry.

While a lot of work has been done in the workforce, there has been little focus on the early years of learning where male dominance is cemented. As girls move into the senior years of schooling, it becomes intimidating. Eventually, most girls find it too hard to break into the technology space and many of those that do break through, find it difficult to flourish.

Providing girls with a positive and supportive environment to explore technology during the senior school years is an important step in balancing the gender diversity ratio in the technology industry. Without it, some of our most talented minds will never get the chance to contribute to arguably our most important industry of the future.

In Term 4, Snowy Mountains Grammar School is launching their Young Women In Technology program. The program aims to promote technology amongst senior girls by helping them to pursue technology-related interests, providing mentoring from women in the industry and creating opportunities for career development in technology. 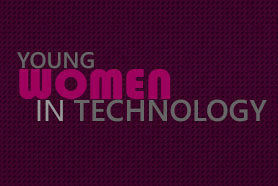