It’s been a spectacular season for Australian snowsports athletes on the World Cup tour, and our country is certainly laying claim to the top step of the podium in numerous disciplines. It’s a great time to be part of Australian wintersports indeed!

The momentum of Australia’s wintersport stars has had a flow-on effect to our current students and alumni racing overseas in the northern hemisphere winter.

ESA program mentor and SMGS alumna, Sami Kennedy-Sim, has been having an all-time best season. She has finally found her sweet spot in the qualifying rounds and is now a major contender for a top five spot in every World Cup ski cross race she enters.

In February, Sami stepped on to the World Cup podium for the first time, scoring a 2nd place in the Idre Fjall, Sweden, World Cup event. Of her result, Sami said, “I’m really pleased with my result this weekend and to see the changes I have made begin to pay off. I hope to continue to ski consistently smooth runs and get on the podium again!” 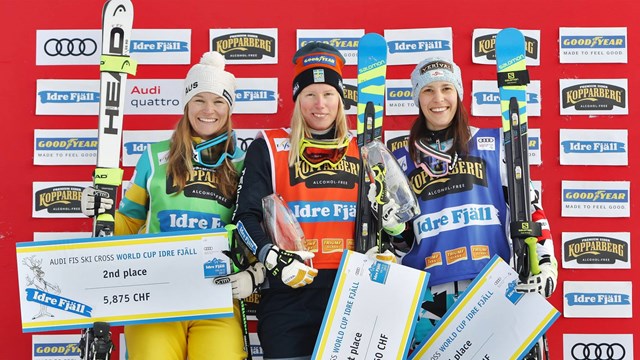 Sami then headed for Sunny Valley, Russia, where she racked up a 2nd in qualifying and worked her way to 7th in the heats. The following set of World Cup races held at Blue Mountain Ski Resort in Canada saw Sami secure a 5th place finish. After Blue Mountain, Sami headed back across the pond to the world finale in Sierra Nevada, Spain, where she slotted into a respectable 12th place.

Now back on Australian soil, Sami has had time to reflect on her stand-out season, saying, “This has been my best year to date on the FIS Ski Cross World Cup tour. I have finally landed a World Cup podium and I have had more top ten results this season than I can poke a stick at. I made some changes in my preparation into this season, mostly around my mental ‘game plan’, and it has been exciting to see where some changes are paying off, and where more improvements can be made. I am finally home and will resume training in mid-April to prepare for the Korea 2018 Olympic Games. I am more motivated than I could have imagined, even though I am enjoying some down time before I get back to work.” 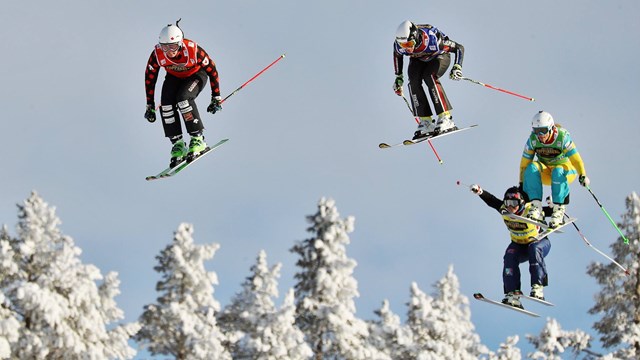 Of his experience on the world cup tour this year, Adam Dickson said, “My season so far has been very educational. The learning curve is very steep and you have to keep trying your hardest to perform. The past two races have been a little rough, as I made a few mistakes and fell in qualifying. However, I feel my riding is at an all-time high with only one way to go – up. I’m always learning with every race I compete in and I’m feeling positive for the rest of the races.” 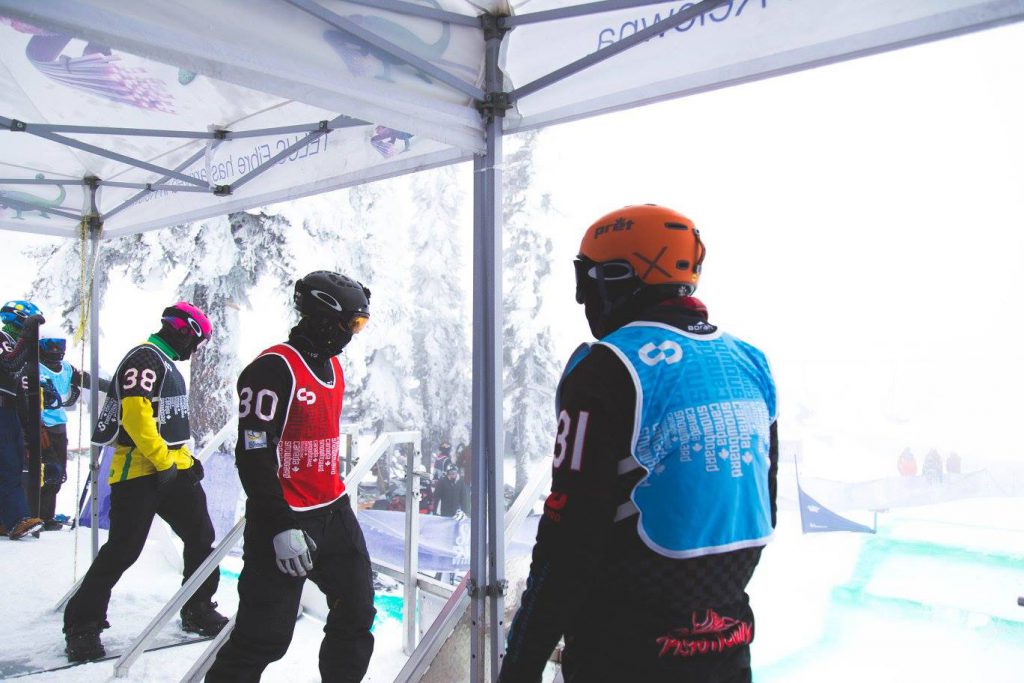 Adam Dickson getting ready to race in one of the NorAm races in Big White, Canada.

To cap off a stellar 2017 campaign, two of our alumni, Matt Thomas and Adam Dickson, teamed up to take on the world in the final World Cup event of the season in Veysonnaz, Switzerland.  At the end of the day, Matt and Adam crossed the line in 6th place.

On the FIS cross-country skiing circuit, Callum Watson (2007 SMGS alumnus) ended his season at the World Championships in Lahti, Finland. Prior to arriving in Lahti, Callum was racing in the PyeongChang World Cup in South Korea. When reflecting on his season to date, he said, “My form leading into the PyeongChang World Cup (the test event for the PyeongChang 2018 Winter Olympics) was feeling as good as it has all season. Unfortunately, however, I had been carrying an Achilles-related injury for the six-week period leading into the event which restricted my classic skiing almost entirely. The injury had progressed enough to allow me to compete in the 30km skiathlon, but with such minimal preparation in the classic technique, I struggled in that part of the race. I then had a very good skate leg and came back to achieve a personal best placing on the World Cup tour of 31st, just one place from scoring World Cup points.

“Team-mate Phillip Bellingham and I then had the goal of being the first ever Australian duo to qualify for the team sprint finals. We both had incredible races and, in a race time of just under thirty minutes, we only missed the finals by two seconds.”

Callum has set up a fundraiser page to help assist with the costs of training and racing full-time for the World Cup. In addition, he has created a new mentor program which is designed to inspire the younger athletes in the sport of cross-country skiing. If you are interested in supporting Callum or being a part of his mentor program, visit his ‘go fund me’ page: https://www.gofundme.com/2018-winter-olympic-campaign . 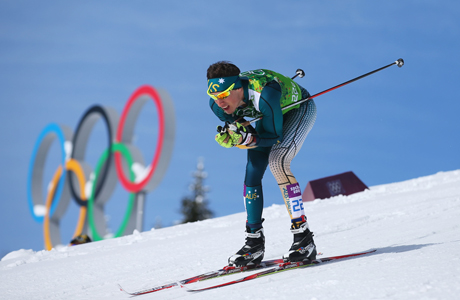 Callum racing in the Sochi Olympics.

Current SMGS students who are rising snowsport stars continue to gain valuable experience while racking up some great results training and racing overseas.

Alpine skier and ESA athlete, Benjamin Wynn, and his sister April Wynn, who has started in Year 7 this year at SMGS, have been competing in GS and Slalom in the USA for the Mammoth Race Team in California. So far Benjamin has received a 1st place in the U14 Junior Village Championships and April placed 4th. Benjamin also placed 2nd in the U14 Kittredge Cup and April placed 4th .

Benjamin was then selected to the 2017 U14 Performance Camp at China Peak. The key focus areas of this camp, according to the China Peak website, were “to bring qualified U14 athletes together, provide a fun environment, and promote new and lasting friendships. By providing a competitive training environment amongst the division’s qualified U14 athletes, we hope to inspire and motivate athletes to new levels.”

To cap off a fabulous northern winter campaign, Benjamin won Mammoth’s “A Team Award”. This is voted on by the coaches for the most deserving athlete of the season through performance, hard work and representing their resort with pride.

Of his time with the Mammoth Race Team, Benjamin said, “Mammoth is my second home and I have wonderful coaches and great teammates. We have so much fun together and travel to great resorts around the country!” His sister April said, “I am already looking forward to coming back next year.” 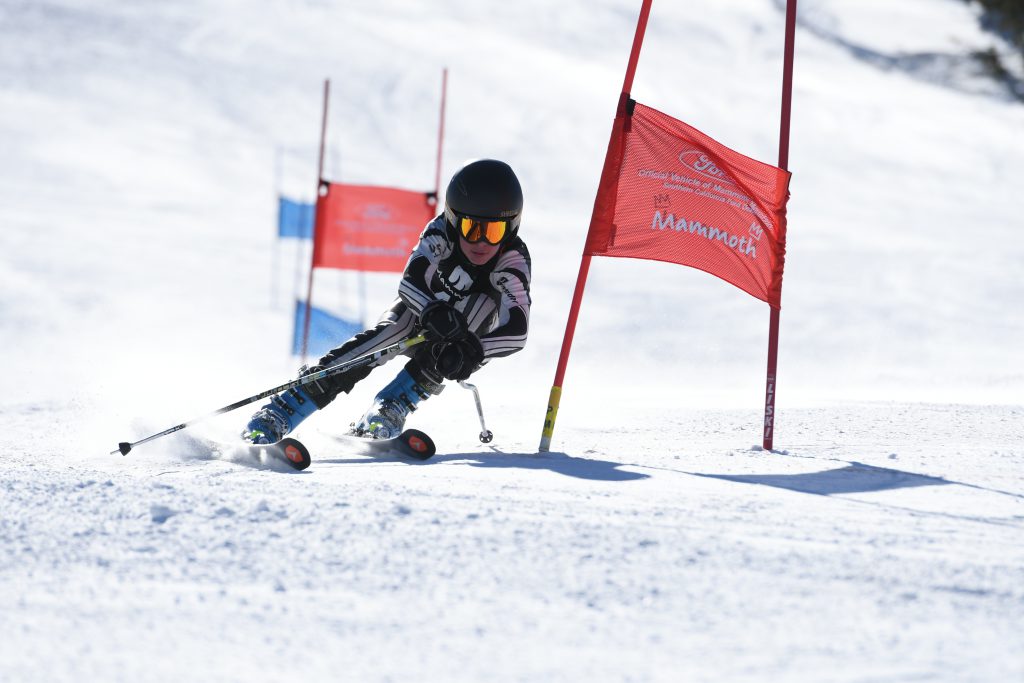 Up-and-coming Australian junior snowboard cross athlete, Mia Chawner, a SMGS Year 8 student, was training and racing for Team BX out of Squaw Valley, California. This year, she competed in her first US Revolution Tour. According to the US Snowboarding website, the Revolution Tour “has proved to be a progressive venue for today’s top junior riders to take the competitive stage in halfpipe, slopestyle, snowboard cross and big air. The tour is designed to serve as a stepping-stone for athletes making the transition from competing at the grassroots level to the elite level. The series is focused towards riders 13-19 years old.” Of her experience in Squaw Valley, Mia said, “I had a great time training in the US. I learned so much from my coach, Mort. My big challenges this year have been to compete in the Rev Tour event and then at the USASA Nationals.” 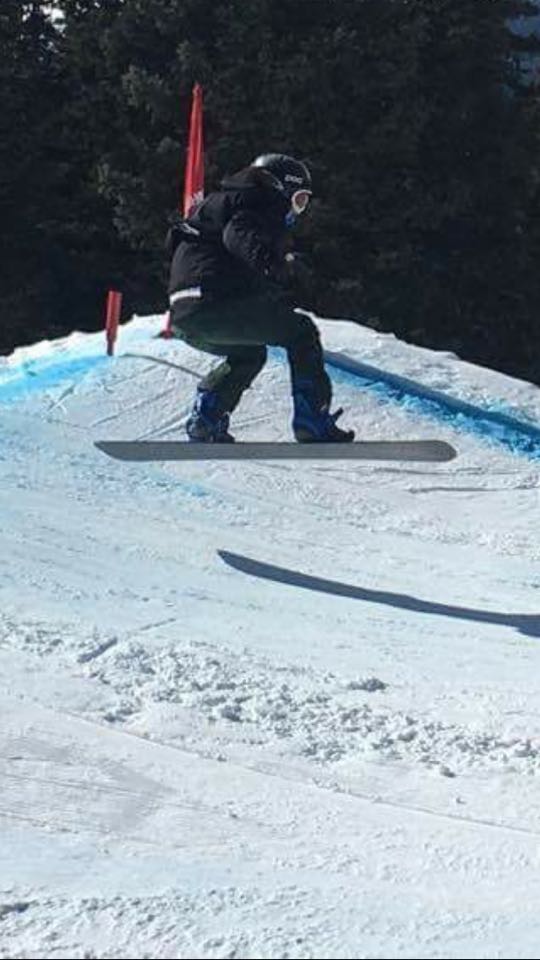 Mia getting ready for the races in the USA.

ESA program student-athlete and Australian Junior Team athlete, Bentley Walker-Broose, has been putting in many hours training and racing for the Sun Valley Ski Education Foundation. The primary focus of his time in the USA is to complete a number of quality training hours and technique work. Bentley raced at the prestigious USSA Cross Country Junior Championships (JN’s) held in Mount Van Hoevenberg, Lake Placid, NY, as part of the Intermountain Junior National Team. Of his racing at JN’s, Bentley said, “The challenging courses and amazing competition make the races great. I’m stoked to be experiencing the atmosphere and being part of the team here at the Junior Nationals. They are like nothing I have ever experienced before.”

Bentley then made his way up to Canmore, Alberta, to compete in the Canadian Nationals to cap off a busy northern hemisphere winter of racing. Of his time with the Sun Valley Ski Education Foundation, Bentley said, “I have learned so much about effective teamwork and what it really means and how it affects everyone on the team. Anyone can be in a team but it takes everyone to create good teamwork. I’ve been working really hard on my technique, skills and racing and enjoying each experience as it is offered.  I wish we had this many guys to XC with back home, it would be so awesome.” 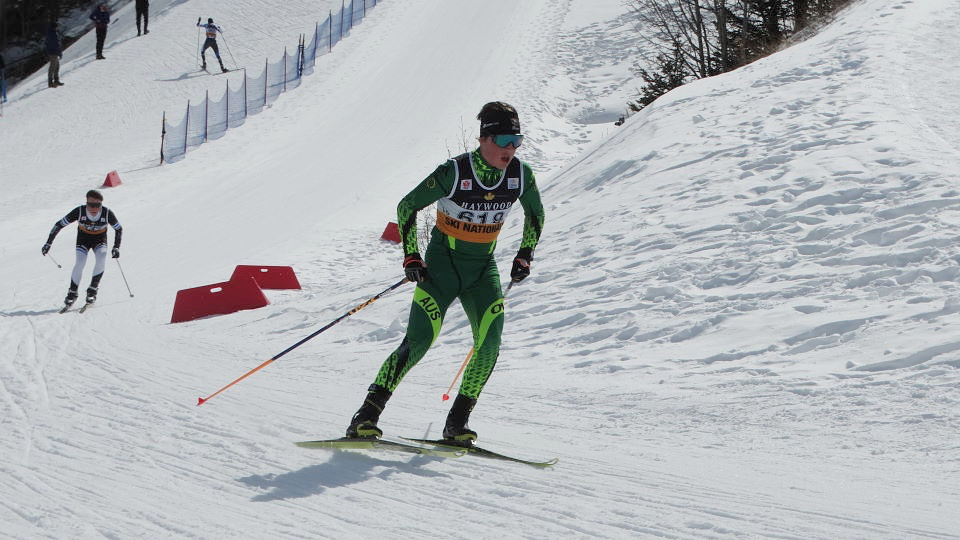 Bentley competing at the Canadian National Championships in Canmore, AB

Of our alumni and current students who competed overseas this year, Head of Sport, Mr Tim Bland, said, “At Snowy Mountains Grammar School it is always pleasing to see our current and past students doing so well. I enjoy seeing students who are competing at the elite level, such as the World Cup stage, as they are able to provide a strong role model for our students and the local community.”