Fletcher was very excited and humbled by the opportunity to represent Jindabyne at such a big event, saying, “It was huge! The atmosphere was great with all of the state teams, which also made it a bit scary. The opening ceremony was pretty cool. I raced in the 200m on Saturday, from which I made it to the consolation final (B Final). In the B Final, I came 3rd. On Sunday, I competed in the 100m and qualified for the A final and came 7th. The closing ceremonies were a lot of fun, as the officials made a tunnel across the track which we walked through to some great music.”

Author’s note: You read it right, Fletcher’s result placed him 7th in the country for his age group!

Of Fletcher’s result at the ALAC, Head of Sport, Mr Tim Bland, said, “I am very proud of Fletcher’s effort. He worked hard to come back from setbacks last year and it is pleasing to see him achieving success at this elite level.”

Similar to many junior sporting events, the ALAC serves as a stepping stone for track and field athletes to test themselves against the best in their age group in Australia. These events are also fantastic opportunities for athletes to gain experience competing on a bigger stage where there are more competitors and spectators. ACT Athletics Team Manager, Geoff Davidson, was impressed with Fletcher’s results and demeanour at the ALAC, saying, “Fletch was one of our best performing athletes – particularly in the 100m, in which he reached the final to be in the top eight runners in the country.”

Of Fletcher’s potential in the sport, he said, “Fletch is still raw talent. With a bit more experience and coaching, I can see him achieving some excellent results next summer, including at national level competitions. He is also a terrific young man and an excellent representative for his home town of Jindabyne. With his talent and good leadership skills, he is someone I’ll be keeping an eye on in the future.”

So, what’s up next for Fletcher? He will now take a few weeks’ break before turning his focus to rugby and snowsports.

On behalf of the entire SMGS community, congratulations, Fletcher, on your fantastic results! 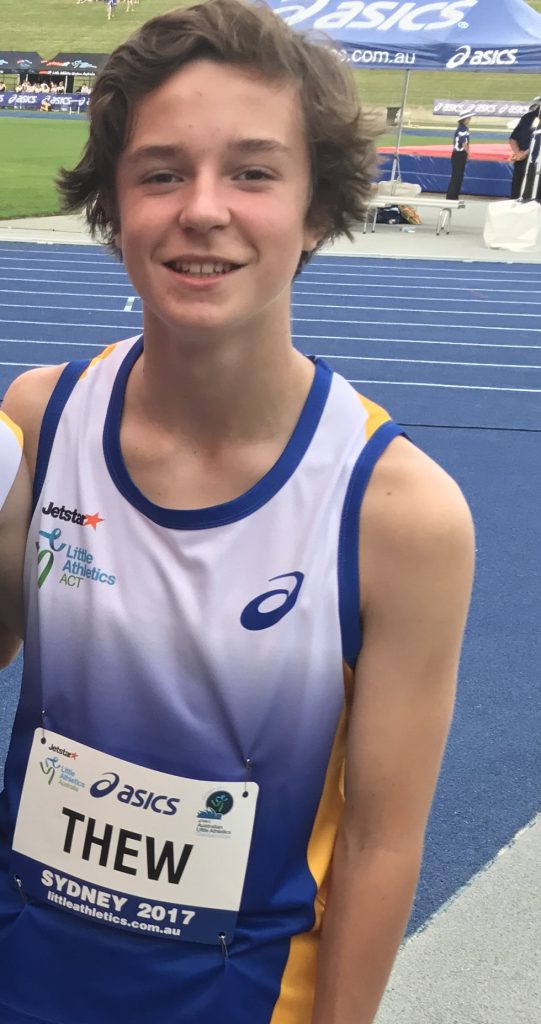