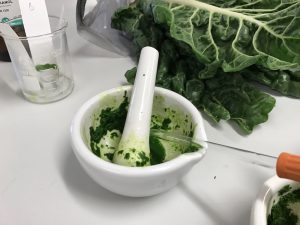 During Semester One, Year 9 Science students completed a unit entitled “The Murder At Astonbury Manor”. The concept of a murder mystery as a vehicle to complete a Forensic Chemistry course had occurred to me during lunch with a colleague as a means to engage students in a year group notorious for having difficulty sustaining interest in Science as a subject. Several years ago, I used to teach the Forensic Chemistry option for Year 12 Chemistry, so I decided that the new unit needed to be based around that unit, modified for a Year 9 class.

The problem I faced was if I just gave students the experiments to do, it might have been interesting for some of them, but a central concept was missing. I needed a hook, hence began the process of creating a fictitious murder mystery. As soon as I thought along those lines I started thinking about television series such as Poirot and Midsomer Murders, so naturally my murder mystery needed to be set in a manor house. The types of experiments that could be carried out then fell into place and I set about creating six suspicious characters, most with the motivation for murder! 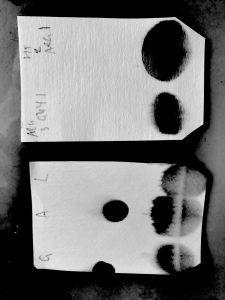 Thin layer chromatography of amino acids from the “tooth scrapings” of the victim revealed what he had eaten.

After the sequence of experiments had been completed, I began to think that the mystery should engage students’ thought processes through a series of interviews. Thankfully, two of my good friends who are excellent at voiceovers lent me a hand, and after several hours of recording, interspersed with raucous laughter (that was subsequently edited out!), there were interviews with six of the suspects. I even put on a ridiculously bad British accent and acted as the detective interviewing the suspects.

Each session, an experiment was performed with a “sample” from the body, accompanied by at least one interview. Students needed to use their logical thought processes, analysing the evidence and listening carefully to what the interviewees were saying. Many clues were imparted that students could then test in the physical experiments being completed in class.

Students utilised methods such as thin layer chromatography of plant pigments and amino acids, soil analysis and pigment analysis using our new spectrometer. Week by week, the evidence narrowed down the suspects. Students also had to deal with another unexpected murder during the process that caused some of them to rethink their lines of reasoning.

Who actually murdered Octavius Astonbury? The answer was deliberately left somewhat open ended. When I wrote the interviews, I knew who I had in mind, but the students could easily have deduced a variation on that theme. Nonetheless, many students enjoyed this task and were rather upset that I didn’t reveal the murderer at all after marking the tasks, so I had to go back to complete one last video, detailing what occurred on the day Octavius Astonbury was murdered! 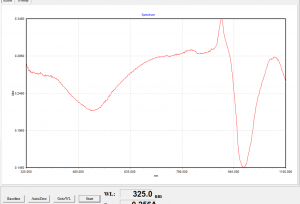 The absorbance spectrum of a pigment found on the “body” produced a watershed moment in the investigation.

Teachers are often tasked with ways of improving the delivery of course content and making it more engaging for students. Of course, in Science it is always “can we blow something up today, Sir?” but the intricacies of a complex murder mystery with subtle experimental results proved far more valuable than one “explosion” ever could! Students needed to sustain interest and complete regular sections of the unit in order to progress, a pattern of inquiry mirrored in many real events.

Year 10 can look forward to a revamped version of the murder mystery in Term 4.