The Curse of the Smartphone 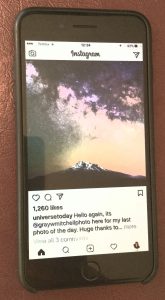 Distractions from study are now most conveniently accessible via your smartphone.

It’s so tempting to use the phrase “back in my day…” with modern students. It’s not to say things were better back in the 80s or to inadvertently make me feel old, rather to point out how things have changed. One of the most obvious ways this has occurred is the use of smartphones. They are so useful for communication and learning, yet they are a double-edged sword, because they can be so distracting. Let’s gain the perspective on smartphone use from Science, rather than it is sounding like it’s just another teacher telling students what they should or shouldn’t be doing.

Back in 2010, I wrote an article for Aspects based on a paper by Foerde et al. (2006) which examined how listening to sounds whilst performing a learning task requiring reading resulted in less flexibility in recollection of the information. This was termed a “dual-task”, whereby students had to read and take note of the sounds through their headphones at the same time. Although students could recall the task with or without sounds, students who were distracted demonstrated shallow learning of the content and could not expand on the material in any reasonable fashion. This is interesting, because much of the feedback we provide as teachers is often asking students to provide more detail in answers, especially in extended responses, where detail might be lacking. Is it possible that this is a result of students “studying” whilst listening to music? I’m looking at you, Spotify!

I suppose the answer is to just stop listening to music whilst studying, right? Well, maybe not. A recent study by Ward et. al. (2017) revealed that the mere presence of the smartphone can cause learning deficiencies, even if it is not being used! This was called the “brain drain” hypothesis. In normal brain function, we have limited cognition, and we naturally allocate our resources to the various events happening around us. Surely a smartphone sitting on the desk is not using any of our cognitive resources? Think for a moment: whilst you are reading this article, you are anticipating the next ding from your smart phone, thinking who it will be, and from which app. Facebook? Snapchat? Or perhaps just an old-fashioned text message? Assuming you are reading this, you appear to have at least some of your cognition focused in this direction, so let’s examine their findings.

We can all easily become unfocused, but it’s the frequency of the interruptions to our cognitive function that may be the reason why smartphones reduce task performance more keenly than other distractions.

The study involved over 500 undergraduate students. They were randomly asked to either:

In each case, the smartphones were left on, but on silent with no vibration.

Several tests were undertaken in order to assess:

The results are summarised in Table 1.

* Compared to leaving smartphones in another room 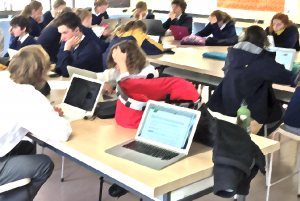 Effectively, the results indicated that having your smartphone on the desk or near you can affect your cognition and thus ability to complete tasks effectively. In addition, the study examined each participants’ dependence on their smartphones and discovered those who are the most habitual users of their smartphones are the ones that are most negatively affected by the presence of the smartphone, but conversely, they are the people that most benefit from the removal of their devices.

It was also worth noting that the cognitive drain still occurred whether the smartphone was face up, or face down!

What does this all mean for a student at our school? It suggests that in order to improve academically, leave your phone in your locker. They are important communication devices, but they are potentially impacting on your learning. When studying at home, leave it in another room. I’d also suggest ensuring that you sign out of Messages if you are using a Mac, because leaving your smartphone in another room when you can still access it would be a pointless exercise.

I suppose this is the blog post that all students should read, and it is my hope they have allocated some of their cognitive capacity to do so!