Athletes’ resilience put to the test on Day 1 of Regionals

The ACT & Southern NSW Interschools Championships kicked off yesterday at Perisher Resort. The weather and snow conditions created an opportunity for all competitors to test their skill and top up their resilience tanks.

Despite the conditions, students were all smiles as they headed to the start of their respective events. The kick-off of the interschools events also signals the chance for athletes to catch up with their friends from other schools and to make some new connections. It was pleasing to see our athletes helping each other at the top of the racecourses as the slick snow and poor visibility made for a challenging entry into some of the marhalling areas.

We spoke with a few of our Division 4 and 5 students after their events and this is what they had to say:

“Today we did snowboard cross and GS. The weather conditions were pretty good, but the wind just made it atrocious!” – Cassie Nicholls

“I thought it was nice and quick and I had a really great day.” – Abbey Wilson

“I had a lot of fun today. I had a stack on the second round of boarder cross, but I got up and finished well.”- Garrett Beilicz

SMGS podium results were as follows:

For a full listing of the results, please visit: http://www.nswinterschools.com.au/results .

It was an outstanding performance from our school today and was great to see so many smiling faces on courses and on the podium.

Thank you to all of our staff and parents for braving the cold and wind to support the students, and to the race crews at Perisher for another stellar event!

Students are currently competing in Day 2 of the Regional Competition and Day 1 of the Mt Hotham (AUS) FIS Australian New Zealand Cup in snowboard cross which starts today.

Information about the Mt Hotham ANC races can be located here: https://data.fis-ski.com/snowboard/calendar.html 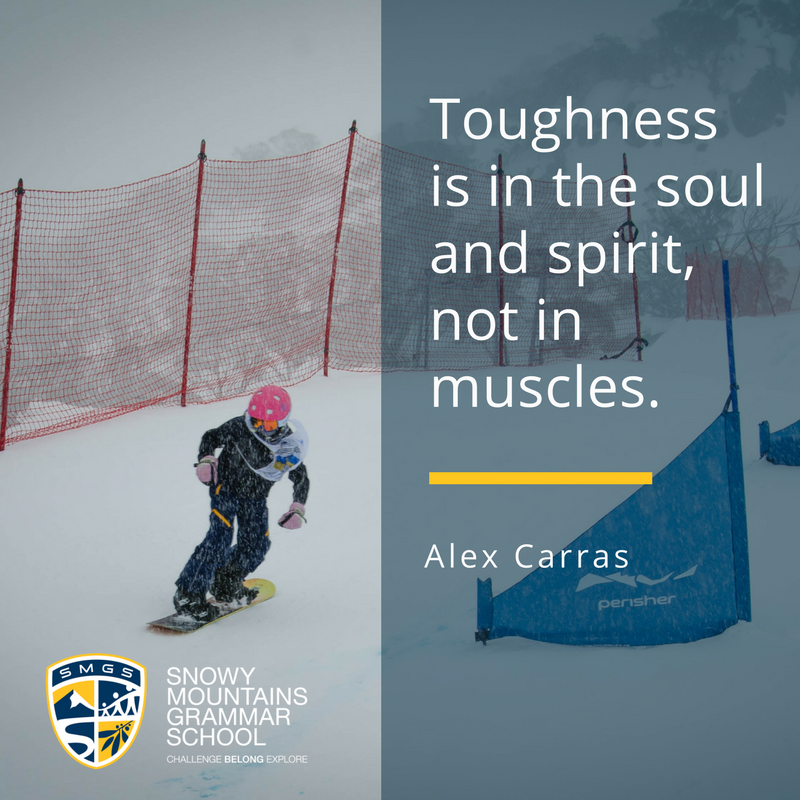 As you might expect from a school that actively utilises its natural environment, wintersports form an integral part of the program at SMGS.

All students are encouraged to participate in the winter program, from Kindergarten through to Year 11, and programs cater for all skill levels from the very beginners through to elite athletes. Students also have the option of applying to join the Elite Snowsports Academy which caters to students who require a more rigorous training program.

About the Author: Tim Bland

Tim has been teaching at SMGS for six years across a variety of subjects, including English, English Extension, Legal Studies, History, PDHPE and Geography. Outside of the classroom. Tim has been a previous Head of Sport and is now the Dean of Students for Years 9 -10, which focuses largely on student wellbeing.