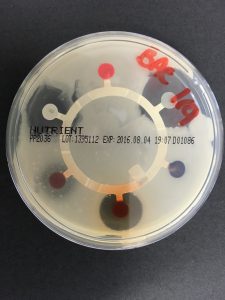 The nature of Science is often not well understood. One of my friends recently described Science as “black and white” in comparison to another subject where subjectivity might play a part. In a Science examination, you’re looking for specific information, but in a creative writing task in English for example, the outcome is going to take many forms. Is Science really that clear cut?

Well, it depends. Mostly not, especially when we look beyond the syllabus. There is a certain level of “certainty” at secondary level, but scratch the surface and you will soon find everything is not as it seems. For example, students are often exasperated when the true nature of electrons and their relationship to atoms is revealed, after the truth has been concealed to keep it simple for them in the junior years. (A note to my Year 12 students: it’s even MORE complex than I let on!) In the spirit of uncertainty, let’s examine two examples that are far more complex than one may conclude from a cursory glance.

If you had a bacterial infection in 1940, a course of antibiotics would do the trick. Now, things are not so certain. Many species of bacteria possess resistance to most antibiotics in use, due to overuse or misuse of antibiotics since their discovery. Tuberculosis, caused by the bacterium Mycobacterium tuberculosis, used to be treated with one antibiotic. Now, a cocktail of antibiotics with different courses of action need to be used, and even then it is not certain that you will be treated effectively. Extreme Drug Resistant Tuberculosis, or XDR-TB, is now a real threat in many parts of the world and infections that simply cannot be treated are on the rise. Recently, multi-drug resistant strains of Neisseria gonorrhoeae that cause gonorrhoea have been reported in mainstream media. We are on the verge of a new age without the ability to cure ourselves of bacterial infections, and it is frightening. Effective treatment with a selected course of antibiotics may not be certain.

A distant star named KIC 8462852 has recently caused a stir amongst astrophysicists and armchair astronomers. This star in the constellation of Cygnus had its light curve analysed and it was found to be a variable star, where its brightness dims for periods of time. Variable stars are very common in the Universe and KIC 8462852 seemed to be just another one. Its light dimmed quite dramatically and this type of behaviour is common in stars such as carbon stars, where large dark plumes of carbon rise to the surface of the star, blocking the light underneath. The alternating dimming and brightening of many variable stars is often most predictable, but on second glance, KIC 8462852’s light curve was found to be really weird with significant drops in brightness. Many people tried to explain the origin of the light curve. One early theory was that a massive swarm of comets was in orbit, which might explain the strange light curve if that swarm passed between the Earth and KIC 8462852. 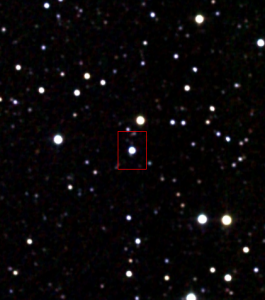 An alien megastructure might be in orbit of KIC 8462852. Or maybe not. Nothing is certain. Image Credit: NASA.

This hypothesis was soon superseded by something even more bizarre. It was suggested that KIC 8462852 was surrounded by a Dyson Sphere, the concept of which was developed in the 1960s by theoretical physicist Freeman Dyson. This is an enormous structure built around a star, with people being able to live on the inside of it to bathe in perpetual daylight and harness the plentiful solar energy that was incident on the surface. A Dyson Swarm is a collection of many satellites orbiting a star and thus a variation on the theme. Of course all Trekkies know that a Dyson Sphere is what Scotty crash landed on and was later found by Captain Jean-Luc Picard and the crew of the Enterprise-D in the Star Trek: The Next Generation episode “Relics”. He survived by placing himself in the pattern buffer of the transporter. Very clever. What was being suggested was that yes, aliens built this megastructure around KIC 8462852. Surprisingly, another star was recently discovered that dips in brightness by a staggering 65% for days on end. That star is appropriately called EPIC 204278916. Is it comets? Aliens? I’m hoping for the latter. Importantly, Science has proven again to be anything but certain.

So next time you might think about Science being black and white, you might want to reconsider that line of reasoning!