The Engineering Games is held annually in Canberra and the SMGS team was coordinated by a parent volunteer, Scott Russell, MIEAust. A massive thank you to Mr Russell for working with the team over the last four weeks. His time, dedication and knowledge was invaluable to the team’s readiness and eventual success.

2017 was the largest ever Engineering Games, with nearly 300 primary and secondary students from NSW and the ACT competing across eight different challenges.

The SMGS entry was for the “Spaghetti Bridge” challenge – the bridge had to be built entirely from dry spaghetti and glue, span a distance of 650mm and support the load of a road and a vehicle passing over the top.  Over the last four weeks, the team worked through the problem, developing concept sketches, researching bridge and truss structures, and developed some prototypes. This experience provided a unique learning opportunity for the team as there were so many complex components to consider.  The final design weighed only 101 grams and was tested to withstand 3kg – some thirty times its own weight.

On Wednesday night, the SMGS team’s bridge successfully passed the size and load tests, and after all entries were judged, it was revealed our design was the lowest mass, scoring our entry first place.  The SMGS team was awarded first place in Senior Primary for this challenge and, to top off a fantastic result, SMGS also won the challenge overall, beating entries from Year 12 students nearly twice their age!

Acting Head of Junior School, Ms Belinda Gough, was proud of our team’s efforts, saying, “With so many competitors at the Engineering Games from many schools, it was a tough competition. The students represented our school beautifully and were so proud when their construction won! The knowledge they gained through Mr Russell’s guidance will hopefully inspire them to pursue future opportunities in Science, Technology, Engineering and Mathematics (STEM). Well done, team!”

If you are interested in forming one or more teams for 2018, then please register your interest with Mr Russell at scott@chinacreek.com.au. 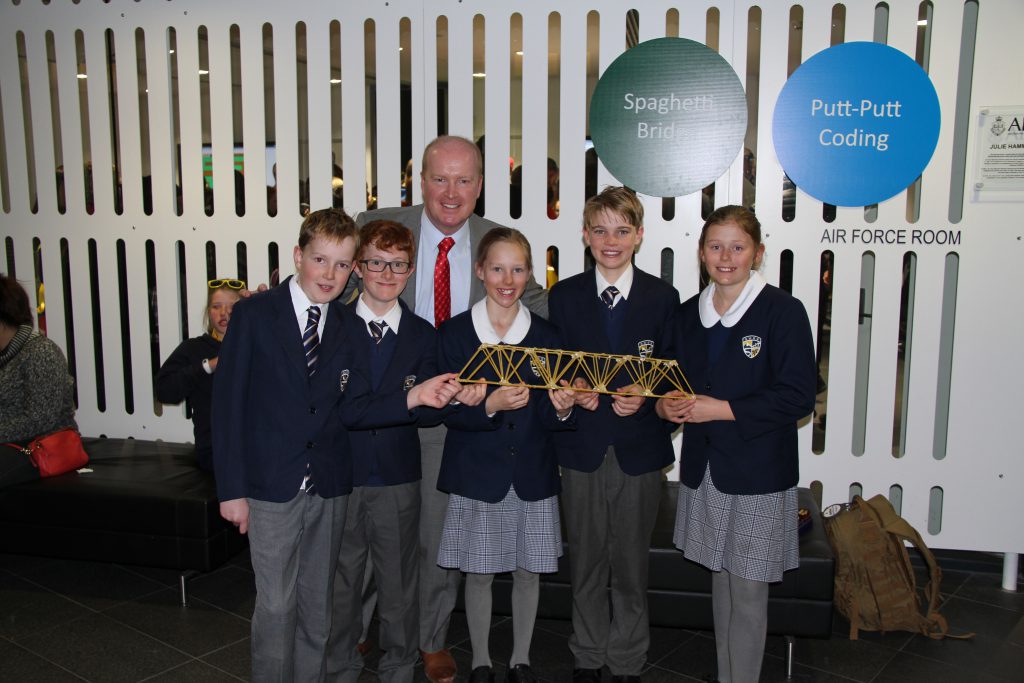