Despite being 21 years young, Snowy Mountains Grammar School has a rich history in debating. This year, SMGS entered three teams into the NGS Super National Virtual Debating Competition. Our Stage 3 (Years 5 and 6) and 5 (Years 9 and 10) teams started their competitions early in the year against schools from Tasmania, Queensland and Western Australia. Both teams were involved in a number of rounds before being eliminated.

According to SMGS debating coach, Mrs Anne Jones, students for the Stage 4 (Year 7 and 8) team were selected from the winning teams from SMGS’ inter-house debating. The team worked cohesively throughout the competition, taking note of adjudicators’ advice as they progressed through the rounds until the semi-finals, involving the last four teams in Australia. In this debate, they met their match against the team closest in distance to them during the whole competition, Canberra Grammar School. Our Stage 4 team came away from the competition (equal) third in Australia, a noteworthy feat for mainly novice debaters.

The Stage 4 team was comprised of the following students:

SMGS debating coach, Miss Anne Jones, was proud of the team’s performance in the semi-finals, saying, “The Year 7/8 Virtual Debating team performed cohesively against Canberra Grammar in a very tightly contested debate. After strong delivery of cases and highly animated exchanges of rebuttal by both teams, commented upon by the adjudicator, the debate was awarded to the negative team, Canberra Grammar. On behalf of the team, Sophie Paske wished Canberra Grammar well in the finals.”

Miss Jones also thanked Mr Craig Moore, SMGS’ IT Manager, saying, “Thank you to Craig for the technology we used and his expertise when connections were being made. He would be able to give the technical name for the system he had us use, our system was very sophisticated and reliable.”

With such strong results in debating this year, our teams are excited as to what the 2018 debating season will bring. 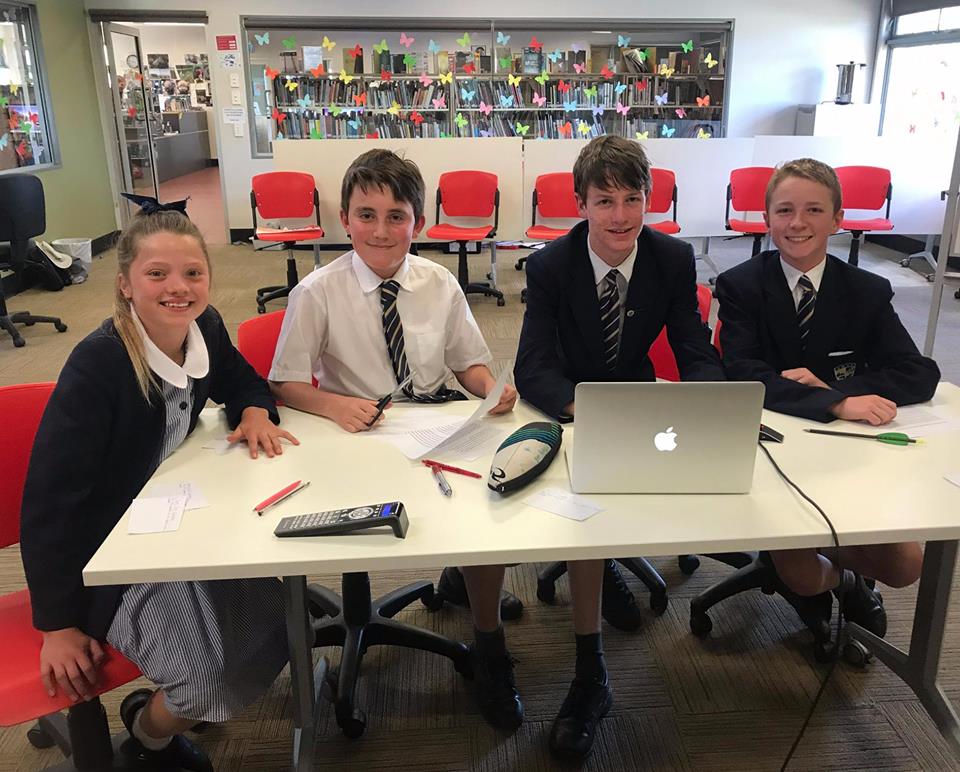