On Tuesday 2 December, SMGS announced the winners of its inaugural film festival, Side Project.

The festival was designed for SMGS students in Years 7 to 10 to express their creative side as digital content creators. Also, as the name implies, to provide an opportunity for students to undertake this side project in their very busy lives and to be brave in expressing themselves through the art form of digital media. 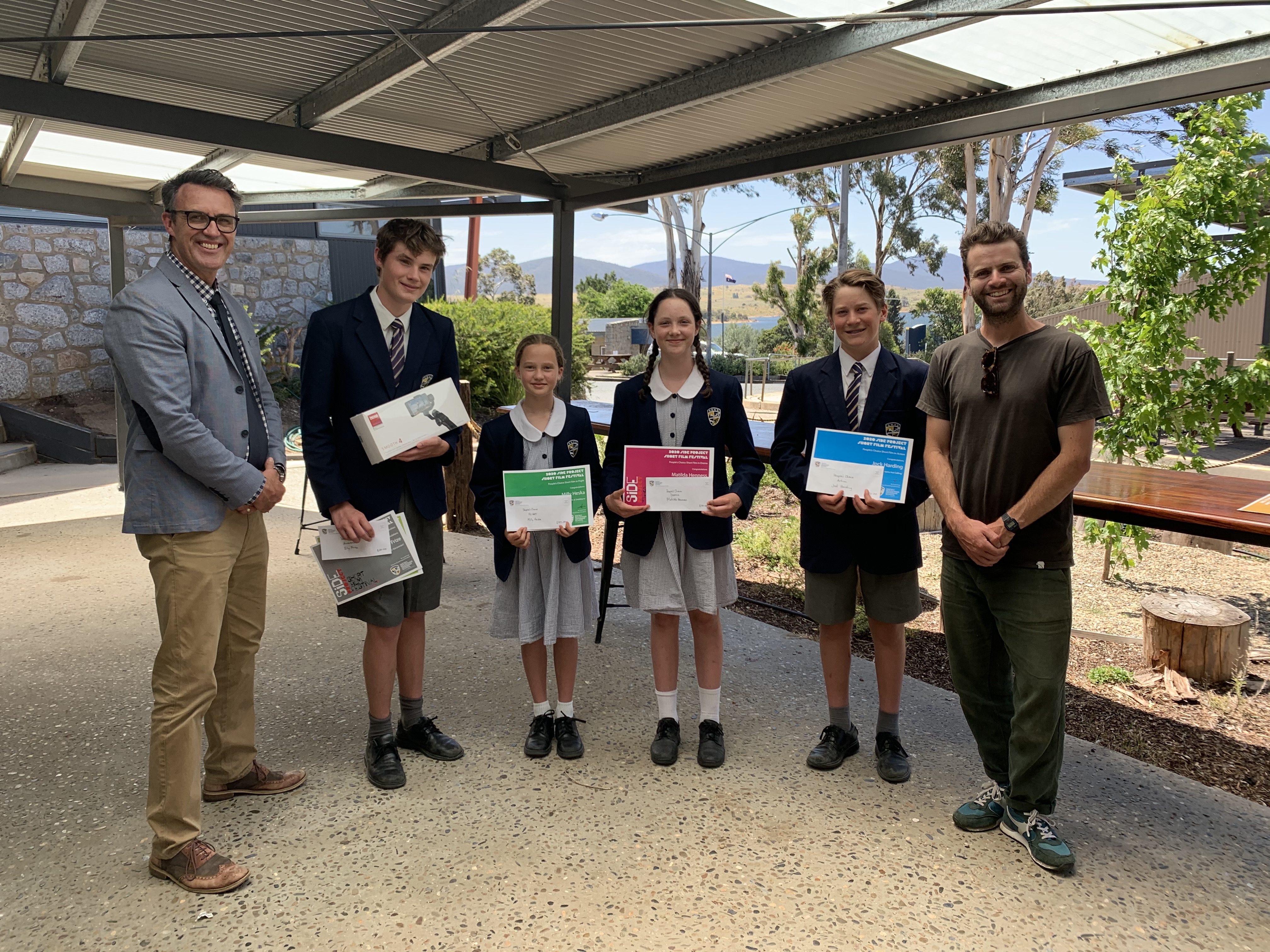 Of the motivation behind this initiative and the opportunity created for our students, Scott Frize, Director of Learning Innovation, said, “We are acutely aware that the role of a content creator has changed dramatically, with the continual development of social media becoming part of the fabric of our society. Content creation has diversified well beyond the traditional realms of film and television. As such, it is relevant and arguably important for our students to have opportunities to become well versed in being content creators themselves. It is increasingly becoming a mainstream skill that is highly transferrable to any/all entrepreneurial pursuits and modern workspaces.”

In order to cater to as wide a range of interests as possible, students could enter their works under five categories of film, being:

Up for grabs was $50 for each category, selected by our judges for the festival, Adam Kroenert (SMGS alumnus) and Lucas Wilkinson, both of whom are accomplished, professional local content creators. The overall winner received a smartphone gimbal to the value of $150.

So, did we actually achieve our outcome of encouraging our student body to undertake this ‘Side Project’? Check out the statistics below:

And the winners are…

Judges Adam Kroenert and Lucas Wilkinson were in charge of determining the overall winner of the Side Project Film Festival.

Judges’ Comment – Overall, we thought this video had one of the most unique concepts. It was well thought out and it was clear that a lot of time and effort went into the story in pre-production. It used a number of interesting ideas and techniques to convey the messaging in the production. We especially liked the use of the “social media” icons as props and the main talent breaking the fourth wall was used to great effect. The use of repetition in the final scenes really drove home the importance of disconnecting from social media and getting outside. The idea of disconnecting from social media is very timely and is a great message to send to the audience (school-aged students). It was just a great package and enjoyable to watch.

A close second place was:

Judges’ Comment – What really drew us into this video was the great concept. The idea of the same talent playing all of the roles in a piece isn’t new but, in this case, it was executed incredibly well. The composition of the back and forth between the characters shows that this piece was well thought out and well planned from its inception. The defining feature of this piece was the outstanding performance by Matilda, showing acting skills well beyond her years. She was sure not to take herself too seriously, while letting the piece flow, and seamlessly slipped between the characters/caricatures of her family. An extra mention to her resourcefulness in shooting the whole video herself.

Jock Harding – The Mountains are Calling

Thank you to all the students who entered and to our student body for supporting this event with viewing and rating the selection of short films on offer.

Also, a big thank you to Adam and Lucas who took the time to provide their honest and constructive feedback to our students. We are truly lucky to have such amazing role models in our community who continually inspire our students.

With the success of this year’s event, Side Project will also run in 2021!