SMGS virtual debate teams off to a spectacular start

On Thursday, 1 September, Maddie, Eve, Ayla and I debated against a team from St John’s College of Kingaroy, Queensland. It was fun to engage in such an enticing topic and have a good conversation with the other team at the end. We are extremely proud of what we achieved as a team, seeing as it was our first debate.

Our topic was ‘That Antarctica should be protected from tourists’ and we were the negative team. We lost in a very close decision.

On Tuesday, 30 August, Elise, Will, Lottie and Dana debated against a team from Central West Leadership Academy, Dubbo. Our topic was ‘That movie reviews should be deleted and replaced every 20 years to keep them socially relevant’ and we were arguing the affirmative case. We found this debate highly challenging as it was highly discursive. After concluding the debate, we were unable to receive results as an adjudicator was not present and the debate had been recorded. We are still awaiting results as of 5 September.

On Monday, 22 August, the Senior Virtual Debating team engaged with The Armidale School. The topic was ‘That defrauding social safety net programs should be punished more harshly’. Arguing the negative case, Snowy Mountains Grammar School were able to prove that more efficient implementation of current legislation would be more beneficial. The team of Ruby, Emily, Darcy and Banjo were pleased with their success with what they found to be a difficult topic.

On 8 September, Abbey, Elliana, Dana and Jethro participated in a debate against Mamre Anglican School. The topic was ‘That all voters must pass a general political knowledge exam to vote.’ Our team were assigned the negative, meaning we believed this statement was false. As a team, we argued such a policy would cause a social divide and infringe on Australian democracy. After strong performances from all speakers, we are proud to say we won this debate, and are thankful to the adjudicator and opposition for offering a worthy argument. 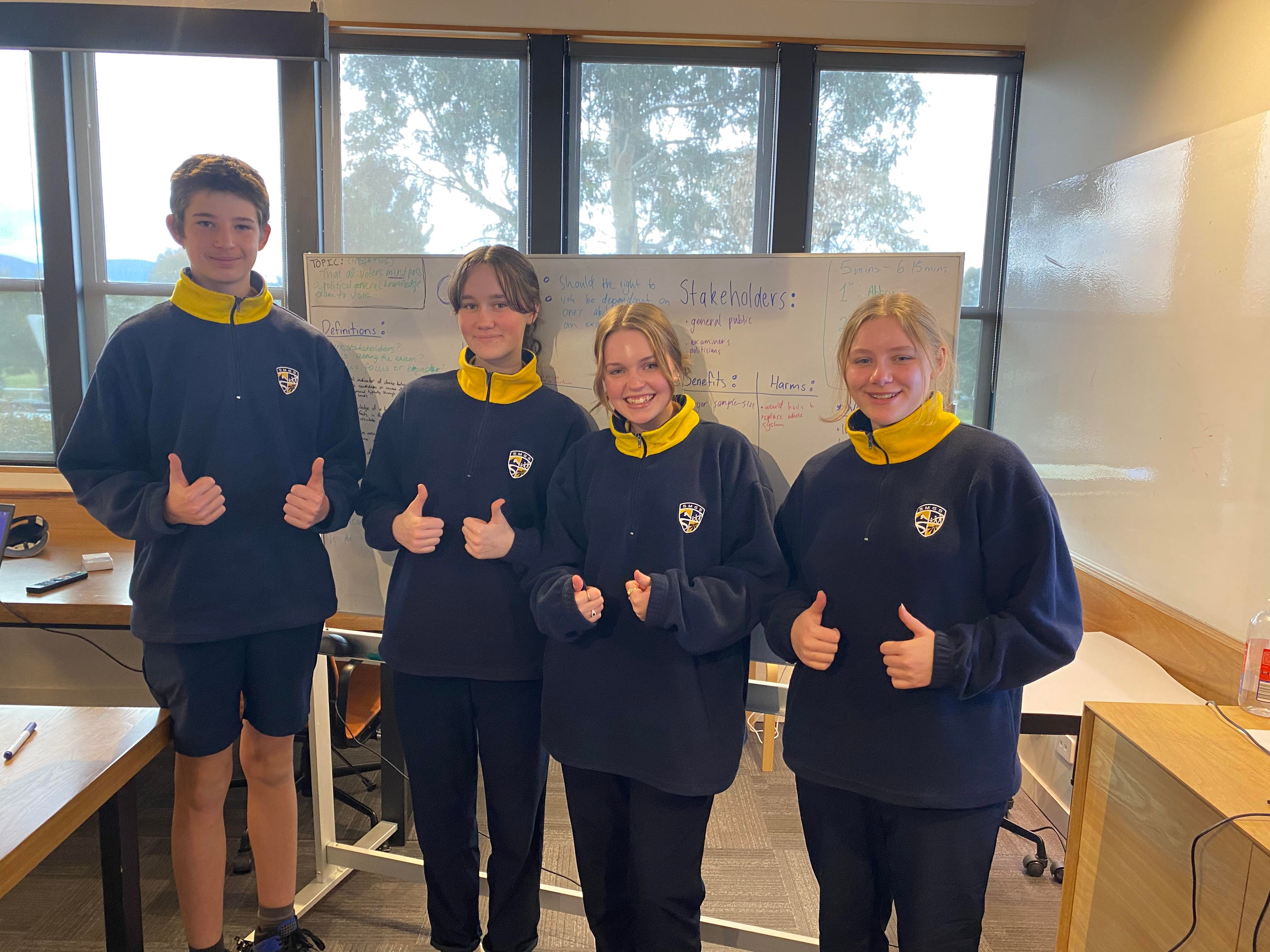